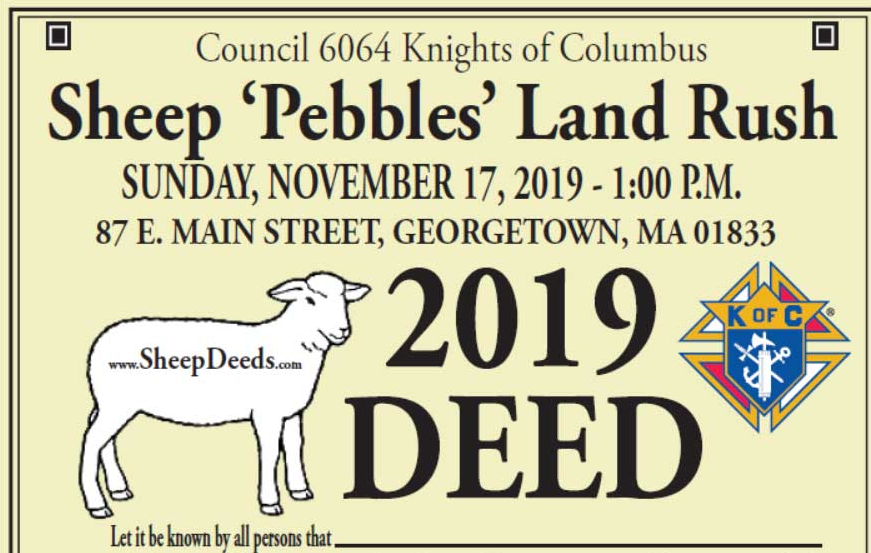 The Land Rush fundraiser is the largest and most unusual fundraiser the Knights run annually with proceeds going to support the Knights’ Community Center, as well as a host of volunteer and other charitable causes which the Knights’ membership supports.

As in past years, Knights of Columbus Trustee Alan Aulson, owner of Goats-to-Go (www.GoatstoGo.farm) will serve as the Land Rush Executive Director, who, along with Program Manager and Grand Knight Bert Hanlon will kick off festivities at noon with food, music, and time to pet the sheep and socialize.

“If you’ve never been to a Land Rush, it’s a great time,” Aulson explained. “We bring the sheep in early, and the kids have so much fun. It’s like a friendly petting zoo.”  Aulson, who runs Great Rock Farm in Georgetown owns Goats-to-Go, a business in which his goats and sheep are deployed to remove poison ivy and large areas of weeds and overgrowth in a natural manner. Goats-to-Go and the Aulson family have been the sponsor of the Land Rush since inception.

“We have a good time raising funds for the Knights Community Center which is used by scouts and prayer groups, families, and so many other great organizations,” Aulson said. “It’s really a pleasure to give back to the community, and that’s part of what being a Knight is all about.”

‘Deeds’ are sold by members of the Knights for $10 each. Each deed will correspond to a randomly drawn location in a large sheep pen the Knights lay out across their parking area at the community center on East Main Street. At 1:00 p.m., several sheep are introduced into the pen, and then the game begins.  The very people-friendly sheep then proceed to do what sheep do. And, whoever holds the deed number for the first ‘pebble pile’ lands, wins $500. Second prize is $200, third prize $100, and a host of other special prizes are announced throughout the event.

Hanlon, in his duties as Grand Knight has appeared in a tuxedo, long tails and large black top hat alongside Aulson at each event. Together, the two spend time keeping the sheep happy (they love being pet), and announcing special prizes and talking about the Knights and the activities the members partake in each year, helping members in the community.

“We’re so grateful for everyone who comes out to join in this fundraiser. For $10 you own a plot of land for the day, and the crowd is just so funny. It’s all smiles and a good time.” Hanlon said. “If you can be there, please come by! It’s fun, the kids love the sheep, and it’s just meant to be a fun event for kids of all ages – 2 – 100!”

You can order your ticket (deed) through www.SheepDeeds.com or obtain from any member of the Knights. For more information, contact Lonnie Brennan at 978-352-5449.  Attendees are encouraged to use the Park-n-Ride and walk the block to the Knights property on the day of the event. 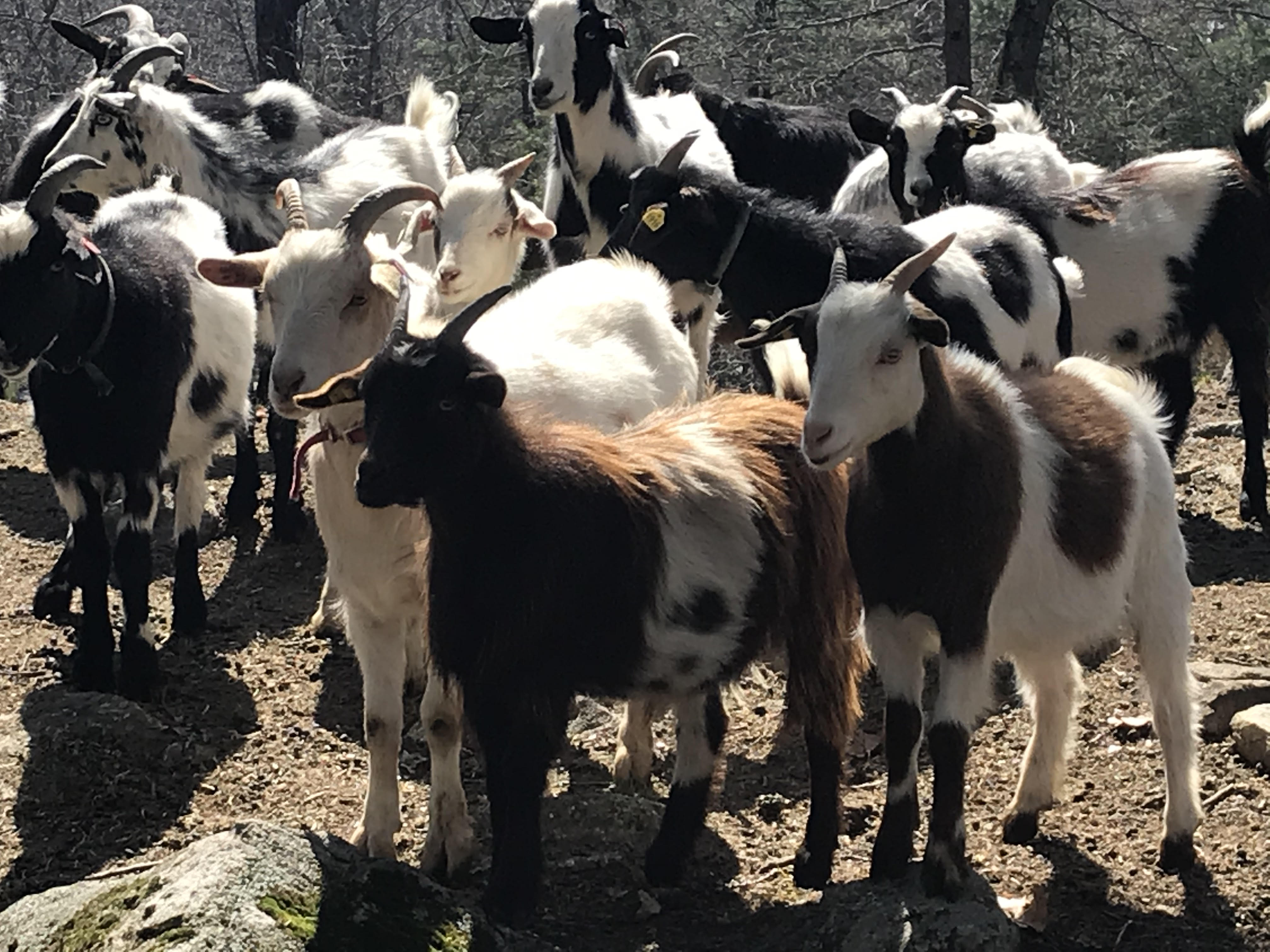